Once upon a time, dragons ruled the skies and protected the realm of man.  They were both revered and despised.  You see--- the dragons required the bountiful harvest man created for themselves.  Their overgrazing began to pit man against their very protectors.  They have become a curse, rather than a blessing.  Kingdoms and tribes began to form secret alliances against the dragons and the Dragon Beings--ones who are born of dragon tears, fire, and blood.  Each possessed with their own unique abilities.  Each ability, a secret.  No one knows what a young Dragon Being is capable of, and their abilities.  Sometimes, when it is already too late.

Dragon Beings, like the dragons they raise, are also a blessing and a curse.  Dragon Beings reside in Dragon's Glacier.  Far enough away from man. Reachable, only by dragon.  Kingdoms that allied with the Dragon Beings must now face the reality, that the ones protecting man from all out war, is now going to bring about a war, no man has ever seen.

In this war of the realms, no one is spared.  A side must be taken.  Many will be united by war.  Separated by love.

In the year 2098, 98% of human civilization is ruled by the DWC (Digital World Constitution), an almighty algorithm created shortly after the Great War of 2040. The DWC secured humanity’s future with the perfect balance of resources and governance long after the founding members had passed. Human intervention wasn’t necessary, just perfect machine learning to govern the masses. Only a few tiny nations where outside the DWC’s rule of law. Society at large lived in collective peace. Until the small man-made island nation of Shangrila gained prominence on the world stage.

The country was unlike any other. It was created by a handful of corporate technocrats in 2044. The landmass was made up of scraps, garbage, and compost collected from around the world. The inhabitants are undesirables shipped from other countries to live out their lives on the island nation. Their beginnings is what lead Shangrila to innovate in environmental technology. Slowly but surely, the scrappy nation became known as the "Paradise Paradox", where anything goes.

The world at large was threatened by the growing influence of Shangrila. Heads of states from around the world plot to turn Shangrila into the scraps from which it came.  A seemingly easy task. Except.  An assassins-brother-duo (...and Pockey the cat. -_-) may have something to say about trying to take down their family, their city, and their country.  Not over their dead bodies--and their body count--as it grows, so will their place in this world.  The simplest thing they ever did, was take another man's life.  Now they may have to see the humanity in a world run by machines and algorithms, without destroying the only thing they have left.  Each other. 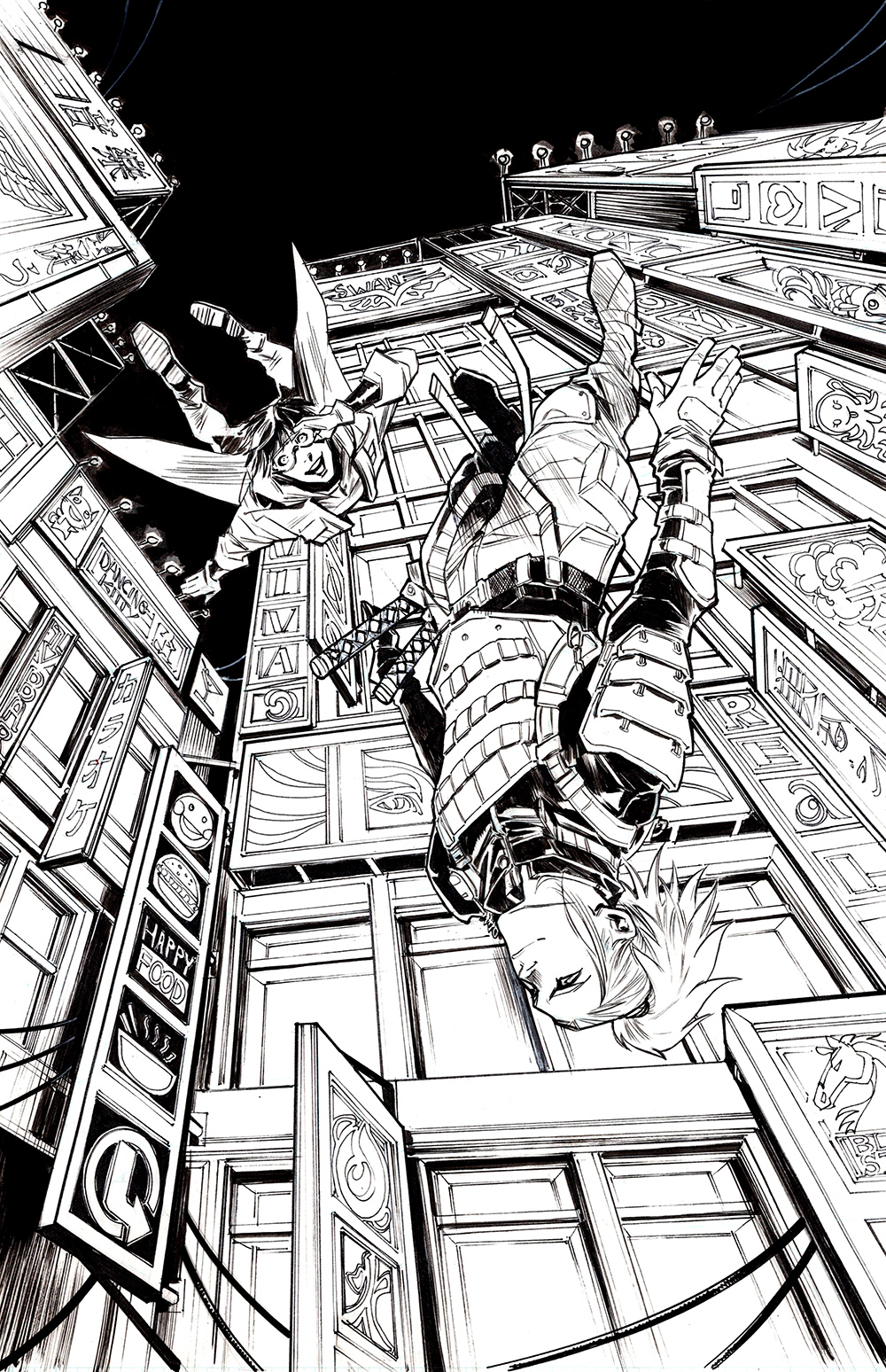